How to Play the Wordle Game 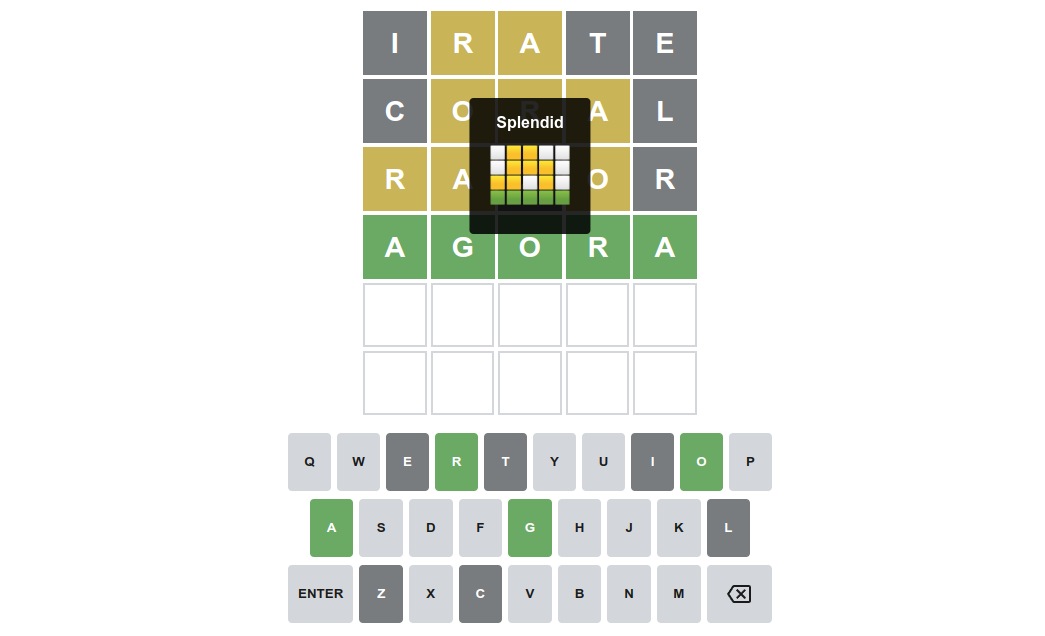 How to Play the Wordle Game

Wordle is a web-based word game. It was created by a Welsh software engineer named Josh Wardle. The game was acquired by The New York Times Company in 2022 but many other versions exist both as Web site or as Android/iOS App. Wordle is a fun way to learn new words and build vocabulary. It's easy to get started and the results can be quite amazing!

Five-letter secret word of the day

Wordle is a game where players have to guess a five-letter word in as little as six tries. As players guess the word, their tiles change color to show letters that are missing, in the wrong position, or the correct word. They can then post their guesses on Twitter. The game is available every day, and it is possible to play it once or multiple times.

Wordle is a popular game that has been around for a year, and it continues to grow in popularity. The New York Times even featured it earlier this year. The game allows players to guess a five-letter word, and the result is an interesting word puzzle. Unlike many other games, Wordle gives you plenty of chances to guess the correct word.

Wordle is a game where you must guess the word using a five-letter grid. The game has six chances to guess the word and gives you clues to help you in your next guess.

The game looks like the old Master Mind game but played with words. In fact all the guesses you submit must be real vocabulary words. You can't play words like "AEIOU" just to find out which vowels are used in the secret word. Instead you can play words that contain many vowels like, for example, "IRATE".

In order to play the Wordle game you'll need to practice and read a lot. The more words you know, the faster you'll be able to guess the word. You can practice this by running through different combinations of five-letter words in your mind and eliminating those you think won't be able to guess. You can also read guides and learn about the most common five-letter words with the most vowels to make your guesses more accurate.

You can also play in easy mode by using a dictionary to help you with the letters of the words. You will need to know the correct spelling for a word to get a high score. Once you master this mode, you can challenge others with the difficulty level you chose. This way, you can practice your spelling skills and make new friends while improving your vocabulary.

There are many famous versions of Wordle, including the most famous on New York Times web site, but our preferred version is the one on the Word-Finder.mobi web site, because not only you can play unlimited Wordle games, but it also includes a Create your own Wordle Game tool that allows you to create a wordle game with a secret word you choose and use it to challenge your friends and family.

Just type in the 5 letters word you want to be the Wordle game answer and the site will provide you a link to share with anyone you want.

Another great feature of Word-Finder is that it is a web site but you can install it on your mobile phone App directly from the home screen. Just click the "Install App" button and follow the instruction to have your wordle game right on your mobile phone, ready to be played anywhere.